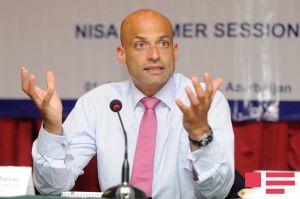 When asked whether the arms race in Karabakh can lead to a full-scale war, Appathurai noted that he does not know what will happen, but an arms race does not necessarily lead to an armed conflict, and he brought the example of the Cold War between the US and the then Soviet Union.

In his words, ultimately, everyone always decides on the political solutions, and even though the number of weapons may increase, there might not be a war.

The NATO official added, however, that when military clashes continue together with the arms race and the parties to the conflict use a quite worrisome political rhetoric, the arms race certainly becomes a part of the problem.